How Ayoreo Women Keep their People’s Memory Alive through Weaving 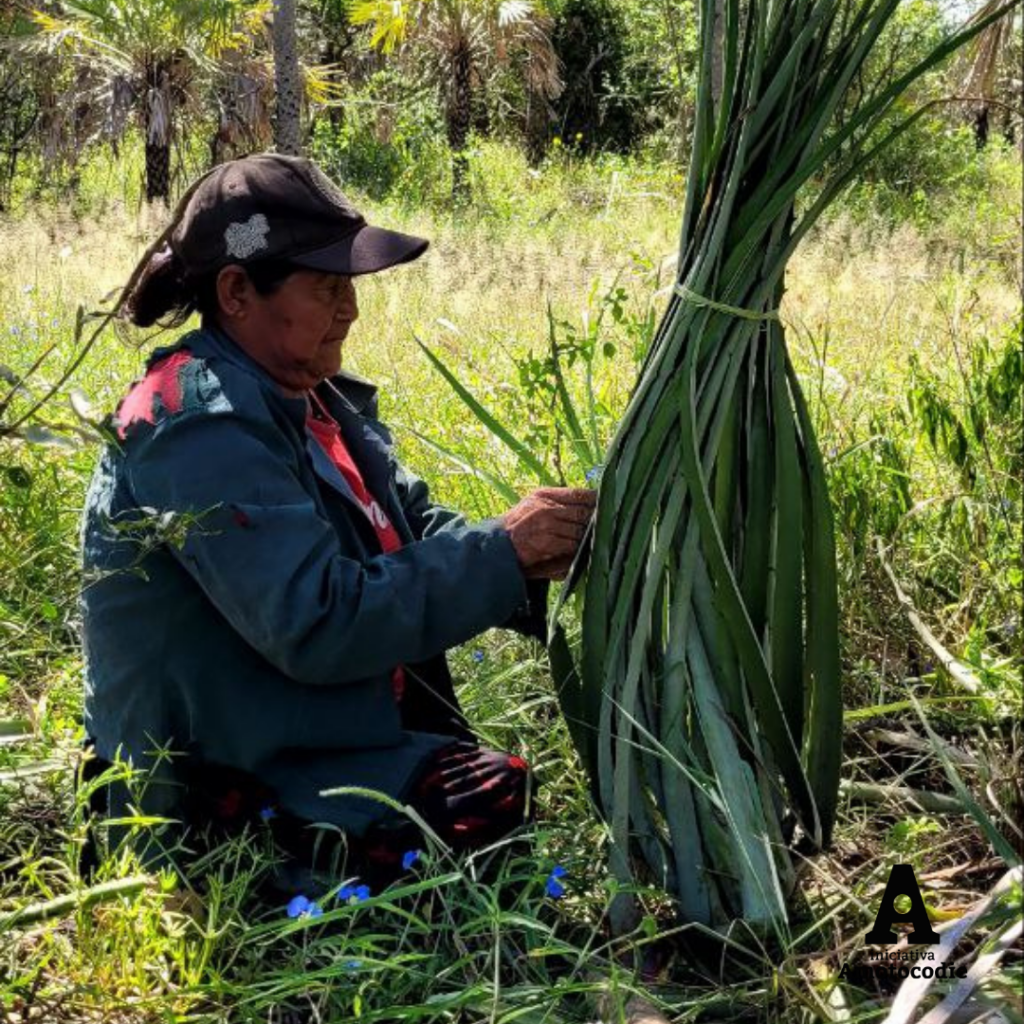 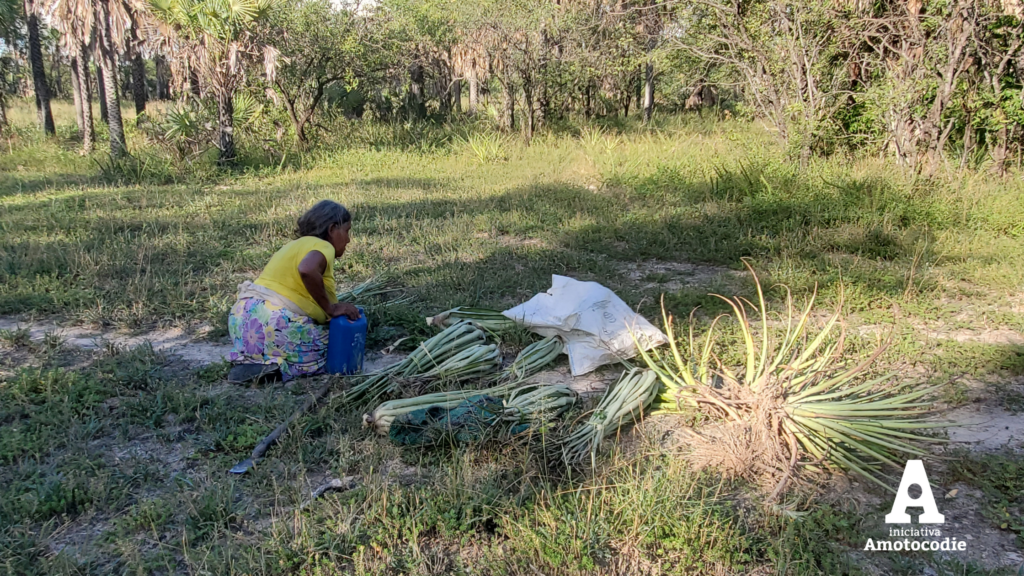 The picking and careful selection of dajudie leaves. The tradition of weaving with vegetal fibers. The recovery and transmission of designs, patterns, and colors that evoke meaning, identity, and heritage. That is how Ayoreo women weave their relationship with their territory, its relationship with them, their families, their communities, and their own histories.

Currently, the Ayoreo women from Puerto María Auxiliadora, in Carmelo Peralta—a city in the northern department of Alto Paraguay, in the Paraguayan Chaco—are committed to the preservation and recovery of a key element of their identity and culture: the fabric made from threads of dajudie fiber.

For Ayoreo women, weaving implies a connection with the soil and their territory. It is a powerful way to maintain their identity, including a sedentary life, amid the cojñone (white people).

The colors evoke scenery from the forests; the designs bear resemblance to the symbols of each of the seven Ayoreo clans and their natural relatives, the edopasade. For instance: an anteater’s footprint, tones from the skyline, deer tracks, snake scales, etc. 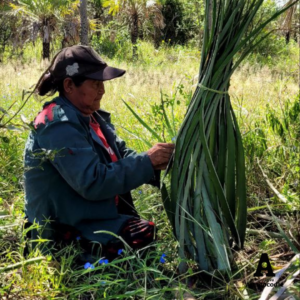 Ayoreo women are writers who imbue their fabric-texts with a cultural heritage that still shows itself and resists the cojñone society’s belittling.

While Ayoreo women eagerly pursue the task of sharing their knowledge and that of their territory, the arrival of infrastructure megaprojects poses new challenges.

The recently finished transoceanic highway and the construction of a new international bridge with Brazil, plus the arrival of monocultures and intensive cattle farming, encroach on the wealth of their territories, which is a source of diversity of food and of livelihoods. Cojñone development abruptly alters the territory that Ayoreo women inhabit. 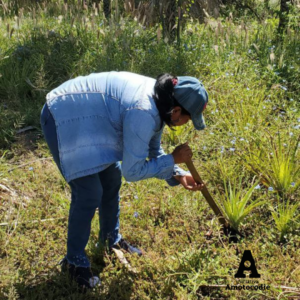 In this context, new cojñone actors have sprung up with their fences, gates, and signs that read “no trespassing / private property,” messages from the cojñone society.

Ayoreo women must then walk longer distances to find their vital ingredient, the dajudie, to keep weaving. Faced with this reality and as an emergency measure, the women have started rescuing dajudie from critical zones to place them in protected areas. It is an effort to maintain the bonds with the elements of their territory and their culture while reflecting on the new realities and challenges.

The Ayoreo women long for a future that includes the dajudie. They want to keep working through their weaving, their heritage.

They show an effort to remain connected with the elements of their territory and their culture while reflecting on the new realities and challenges. The Ayoreo women are still the main actors of their surroundings and their territory. 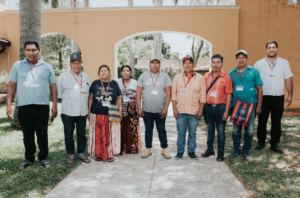 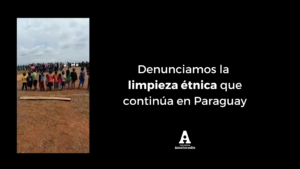